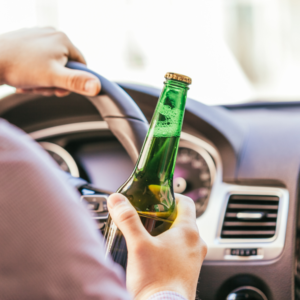 Every year, thousands of people in Nova Scotia and across Canada are injured or killed in drunk driving accidents. Mothers Against Drunk Driving (MADD) Canada reports that in just one recent year, 1,273 people died in car accidents caused by drunk driving or drivers using illegal drugs. Of those deaths, 24 occurred in Nova Scotia.

These statistics, while harrowing, actually understate the problem because they do not account for the thousands of people who are injured in drunk driving accidents but do not die from their injuries.

If you’re involved in an accident with a drunk driver, it’s in your best interest to speak to a lawyer as soon as possible. The drunk driving accident lawyers at Valent Legal are well-known in the community and highly rated by organizations like the Better Business Bureau, as well as our past clients.

When you choose to work with us, you’re getting a firm that places a premium on client communication and customer service. We work on a contingency fee basis, which means you don’t owe us any legal fees unless we collect compensation on your behalf.

For your free initial consultation with a member of our team, call us or visit our contact page today.

Under the Criminal Code of Canada, driving while intoxicated to any degree by alcohol, drugs, or both is a criminal offence. The penalties for the offence will depend on the level of intoxication, whether it’s the driver’s first offence, whether anyone was injured or killed because of the driver’s actions, and other factors.

The legal limit for alcohol consumption in Canada is 80 mg of alcohol per 100 ml of blood, or 0.08 percent. If you’re driving and your blood alcohol concentration (BAC) is found to be at or above this limit, you will be automatically arrested and charged.

However, it’s important to note that this is a separate offence on top of the basic impaired driving charge. If you drive and are found to be below the legal limit of 0.08 percent, you can still be charged with impaired driving if a police officer finds that your ability to drive has been compromised by your drinking.

Finally, there are a few drunk driving laws that are specific to Nova Scotia in particular.

If you are found guilty of impaired driving and you had a child under age 16 in the vehicle, you’ll face the following penalties:

Nova Scotia also has additional penalties for impaired drivers found to have a BAC over 0.08 percent.

In these cases, the possible penalties include:

While the primary responsibility for any DUI accident lies with the impaired driver, they are not the only ones who could be held liable for a drunk driving crash. Bars, clubs, and other places where alcohol is served may also have a responsibility to make sure their patrons don’t overindulge, thereby putting themselves and others in danger.

The Nova Scotia Liquor Control Act holds establishments accountable for reckless actions involving over-serving alcohol. According to these laws, it’s illegal for liquor stores, bars, clubs, restaurants, and other establishments to sell alcohol to someone who is already intoxicated. It’s also illegal for these businesses to give or sell alcohol to minors, sell alcohol after hours, or sell alcohol without the proper licences. Finally, individual residents can also sometimes be liable if they serve alcohol at a party to someone who is already intoxicated.

Some of the most common drink driving accident injuries include:

If you’re involved in a drunk driving accident and the impaired driver is already facing criminal charges, you may wonder why you should file a lawsuit against them. The main reason to file a civil lawsuit is to help make you financially whole after the losses you sustained in the crash.

While criminal charges may help deter future impaired drivers and hold them accountable for their actions, sending a drunk driver to jail won’t make up for the physical, emotional, and financial injuries you’ve incurred.

By filing a lawsuit, you can seek compensation for these losses, making it easier to close the book on this difficult chapter in your life. Furthermore, a civil lawsuit allows car accident victims to pursue compensation from multiple parties who may be at-fault for a crash. For example, a bar can be held partly liable for a drunk driving accident under the Nova Scotia Liquor Control Act if they served the driver when they were already intoxicated.

In a drunk driving accident lawsuit, compensatory damages are meant to repay you for the losses you endured in the crash.

Punitive damages in a drunk driving accident lawsuit are not aimed at compensating victims. Instead, punitive damages are awarded in cases where the drunk driver acted in an especially reckless or negligent manner.

In these kinds of cases, punitive damages are meant to act as a deterrent to other bad actors by showing them the potential cost of driving while drunk. Punitive damages are relatively rare in drunk driving accident lawsuits, though, so you will likely need help from an experienced car accident lawyer if you wish to pursue them.

The drunk driving accident lawyers at Valent Legal have many years of experience helping the victims of these terrible tragedies. No matter how bleak things may seem, we want to help you rebuild your life however we can.

Here’s some of what we can do for you if you hire our firm:

It’s important to act quickly if you’re considering a lawsuit against a drunk driver after an accident. Nova Scotia’s statute of limitations gives drunk driving accident victims only two years to file a lawsuit. If you wait too long to file your lawsuit, there’s a very good chance you may not be able to recover any compensation for your injuries.

To get started with your lawsuit, contact Valent Legal today by calling us or visiting our contact page. 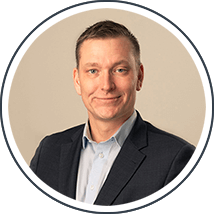 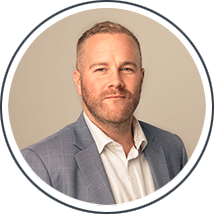 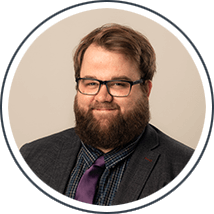 Tom Champion
Litigation Lawyer
View Our Entire Team
Tell Us What Happened.
We work on a contingency fee basis, which means there are no fees until you get a settlement or you win a judgment in court. Visit how we work or contact us to learn more.
Call or Text for a FREE CASE REVIEW
+1 902 443 4488 +1 902 200 4001
Have questions?
Get the answers you need. It's FREE.