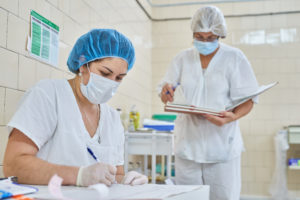 You trust medical professionals with your health, your well-being, and your life. Doctors, nurses, and other health care practitioners are required to administer care in a fashion that promotes patients’ safety and welfare and protects them from harm.

Sometimes, however, medical professionals make negligent mistakes. Unfortunately, their negligence can have a devastating impact, including misdiagnoses, complications, serious injuries, and even death.

If you have been injured as a result of the negligent error of a medical professional such as a doctor or a nurse, then you could be entitled to receive compensation. Seeking a fair settlement, though, can often be difficult without the help of an experienced medical malpractice lawyer.

Most health care professionals are members of large organizations that provide professional liability protection, such as the Canadian Medical Protective Association

(CMPA), a nonprofit mutual defense association. These organizations exist primarily to fight for their members. They have deep pockets, which means victims of medical malpractice often face an uphill battle when it comes to pursuing fair compensation for their injuries.

At Valent Legal, we are passionate about what we do. We have proven success in this area, and we have the resources and experience to guide you through a successful medical malpractice case.

Our Halifax medical malpractice lawyers at Valent Legal are down-to-earth and approachable. We understand what you’re going through and make every effort to ease the process for you.

For a free, no-risk case assessment, give us a call or contact us online now. We work on a contingency fee basis, meaning there are no lawyer’s fees unless and until you get a settlement or collect a judgment in court.

What Do You Have to Prove in a Nova Scotia Medical Malpractice Claim?

The CMPA, governed by a council of physicians representing members across Canada, states that in legal proceedings involving an allegation of clinical negligence, the court must determine whether the care provided by a physician fell below the accepted standard of care. The CMPA notes that the standard of care is typically defined in accordance with the Supreme Court of Canada decision in Sylvester v. Crits et al, [1956] S.C.R. 991:

Every medical practitioner must bring to his task a reasonable degree of skill and knowledge and must exercise a reasonable degree of care. He is bound to exercise that degree of care and skill which could reasonably be expected of a normal, prudent practitioner of the same experience and standing, and if he holds himself out as a specialist, a higher degree of skill is required of him than of one who does not profess to be so qualified by special training and ability.

Medical experts are frequently used to prove that certain forms of care fell below the accepted standard of care, but experts are not necessarily required. Experts may give evidence on clinical practice guidelines (CPGs) and whether they represented the standard of care for particular circumstances.

Process for Filing a Medical Malpractice Claim in Nova Scotia

Most physicians are insured through the CMPA, but some nurses and hospitals may be insured through the Healthcare Insurance Reciprocal of Canada (HIROC) or other large insurers. It is important to understand that these insurance companies are often willing to fight hard to defend their insureds, even when the cost of taking a case to trial could be higher than the cost of simply settling out of court.

The Canadian Broadcasting Corporation (CBC) reported that it had obtained every annual report filed by the CMPA dating back to 1901. An analysis of the past 40 years showed that even though the number of doctors increased, the rate of patients filing lawsuits had dropped. Whereas in the late 1970s about 1 in 3 cases that went to trial were decided in favor of the patient, the figure was closer to 1 in 5 over the past five years. This signals that it’s getting harder to win a medical malpractice case.

In general, your claim will begin with a complete investigation by your lawyer, who may consult medical experts to help prove a physician’s negligence. After an investigation has been completed, your lawyer can begin negotiating a settlement to your case and may file a lawsuit if the insurance company is unwilling to provide a fair and full settlement.

“Medical malpractice” is an umbrella term that applies to several forms of negligence that may occur in medical settings. There are a wide variety of actions a doctor or other medical professional could take that may constitute medical malpractice.

Some of the most common kinds of medical malpractice claims include:

How Our Nova Scotia Medical Malpractice Lawyers Can Help You

Valent Legal takes pride developing close relationships with every client we represent. You will never feel as though you are just a number to us. We care about you as a person and we want to help you through this difficult time. We are committed to providing you with regular updates about your case and answering every single one of your questions.

Mike Dull was named as a finalist for Public Justice’s North American Trial Lawyer of the Year in 2015 and was included in the Lexpert Directory as a leading lawyer in Canada in his area of practice each year since 2017. He is a past chair of the Atlantic Provinces Trial Lawyers Association’s Young Lawyers Division, and currently sits on its Education Committee.

In the case of March v. Hyndman, 2010 NSCA 100, Mr. Dull represented medical malpractice victims in appeal of jury verdict, and successfully argued for the Court of Appeal’s rare overturning of a jury verdict on the basis of trial judge errors in the charge to the jury. In Anderson v. Queen Elizabeth II Health Sciences Centre, 2012 NSSC 360, he successfully represented a patient who developed locked-in syndrome in a multi-million-dollar medical malpractice trial that set an important precedent on informed consent and causation in the medical negligence context.

Chuck Ford has been recognized by the Canadian Lexpert Directory as a leading practitioner in Personal Injury Litigation since 2015. That same year, he was recognized by Benchmark Canada as a New Litigation Star. He has been litigating medical malpractice cases for two decades.

Mr. Ford was a board member and Chair for the Multiple Sclerosis (MS) Society of Canada from 2001 until 2012, as well as being as being a board member – and the youngest Chair – of the National Board of Directors of the MS Society of Canada from 2008 until 2015. He was also a member of the LISNS Pro Bono Hub Project Advisory Committee from 2011 to 2015 and was a co-founder of the UNB Poverty Law Society/Clinic.

Phil Moreira earned his Juris Doctor from the Schulich School of Law at Dalhousie University in 2013, spending a semester working at the Dalhousie Legal Aid Service while in law school. He is a member of both the Nova Scotia Barristers’ Society and the Atlantic Provinces Trial Lawyers Association. He is also a mentor with the Weldon Mentorship Program at the Schulich School of Law.

Paralegal Amy Calder has been with Valent Legal since our founding. Justine Dupont, Michelle Green and Willa Mealing are two of our other paralegals, helping us assist clients with every aspect of their cases.

When you work with Valent Legal, you have not just one lawyer, but an entire team of dedicated professionals committed to helping you get justice. Our firm works ceaselessly to help our clients achieve the most favorable resolutions possible in their cases. We are approachable and down-to-earth, so you don’t have to feel intimidated about working with our law firm.

When a settlement cannot be achieved and a medical malpractice case goes to trial, a patient must prove their case based on a balance of probabilities, which means that their allegations are more likely to be true than untrue. Most awards in these cases will include compensatory damages, which may be a combination of pecuniary damages and non-pecuniary damages.

Pecuniary damages may include awards for:

Non-pecuniary damages may include nominal damages and punitive or exemplary damages. These kinds of damages have limits under Nova Scotia law. Survival actions and fatal accident claims also fall under compensatory damages.

Non-pecuniary damages are currently limited to $340,000 as of 2019, although this cap can be exceeded in the cases of severely affected individuals. The cap on non-pecuniary damages became law following a series of 1978 Supreme Court of Canada decisions.

Punitive damages are very rare in tort cases in Canada, and they are not the same as aggravated damages. Aggravated damages may increase the amount of general damages awarded when there are aggravating factors to a medical malpractice cases and are intended to compensate a patient. Punitive damages, conversely, are often ordered more to punish a defendant for a particularly egregious or extreme form of negligence.

The statute of limitations for a medical malpractice claim is often province-specific, but most provinces – including Nova Scotia – require people to file claims within two years of the date of their injury. Not all instances of medical malpractice are immediately recognizable though, and the Supreme Court of Canada establishes the so-called “discoverability principle.”

The discoverability principle provides that a limitation period will be delayed until either the date that a plaintiff becomes aware of an injury, or the date a plaintiff should have discovered an injury. Another possible exception to the standard statute of limitations concerns a medical malpractice victim who is a child, as such victims will have their limitations periods tolled (delayed) until they reach the age of majority.

The limitations period could also be tolled when a medical malpractice victim lacks decisional capacity. In such cases, a person who is deemed incapable (possibly because they remain unconscious or in a coma) will have the standard statute of limitations to file suit once they become capable of making decisions for themselves once again.

Talk to a Medical Malpractice Lawyer in Halifax Now

If you suffered serious injuries, or your loved one was killed because of medical malpractice in the greater Halifax area, you should discuss your case with our experienced lawyers immediately. Our team of lawyers is committed to helping you when a medical professional’s negligence causes you harm.

Take advantage of a free claim review with a knowledgeable member of our team by calling us or by reaching out to us online. We want to hear from you, so don’t delay in scheduling your consultation to discuss your case today.

“Mike made the process very easy. He was very passionate about my case, I felt important and that I was being listened to. I felt like he was going to give me the justice I deserve. I was very happy with the way my case ended. I got more than I was expecting, it was amazing!” 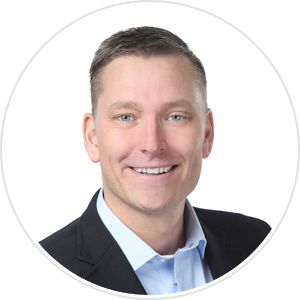 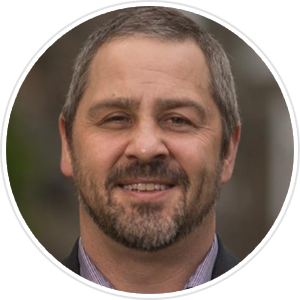 Chuck Ford
Litigation Lawyer
View Our Entire Team
Tell Us What Happened.
We work on a contingency fee basis, which means there are no fees until you get a settlement or you win a judgment in court. Visit how we work or contact us to learn more.
Call or Text for a FREE CASE REVIEW
+1 902 443 4488 +1 902 200 4001
Have questions?
Get the answers you need. It's FREE.